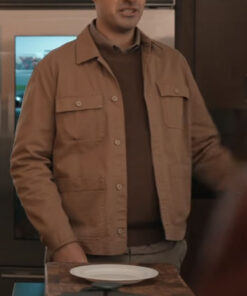 The Afterparty Jackets and Merchandise Collection

The comedy genre is loved by many people. And if you are into this genre and love watching comedy shows, we can promise you that you are not the only one. In fact, a lot of people like watching comedy shows these days since they can make them laugh and feel better. With these shows' funny jokes, you can pass the time on weekends. These shows also get you out of your stressful lives and help cheer you up.

This genre is by far the most popular one for Tv shows. And with the rise of streaming platforms, we are only going to see more and more comedy shows. But even then, there are not much comedy shows these days that feature crime and mystery in their plot. The Afterparty is the only show that features comedy, crime, and mystery all at once and does a great job of it.

The plot of The Afterparty centers on a murder that occurs at a high school reunion after party. As a result, everyone who showed up at the party was made the prime suspect. A detective brings them in one at a time and asks them about the crime. He requests their account of what happened that night. There are a lot of startling truths and probable motives revealed.

It makes it hard to know the culprit since there are so many distinct versions of the tale that each person tells. But, all of this adds spice to some of the suspects' otherwise dull life. Christopher Miller, who worked tirelessly to create this show, deserves to be praised for his great work. When the show was released digitally on January 28, 2022, it immediately became popular. It was renewed for a second season in March 2022 after a successful first one.

Our Outfits Collection of The Afterparty

Both casual and formal attire can be worn with them. A couple of the outfits worn by The Afterparty casts are now for sale. This Fur Coat of Ilana Glazer The Afterparty is a great jacket to wear this winter and keep yourself warm. In the show's first season's fourth episode, she wore it. You can also wear this Olive Green Jacket of Yasper The Afterparty to boost your sense of style.