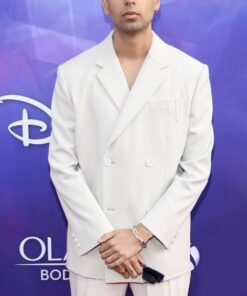 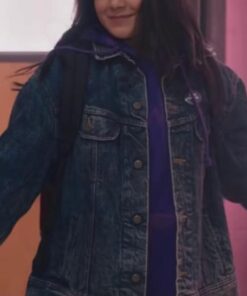 The Marvel franchise will continue its dominance in the world of mainstream media and reign supreme. It is the leading source of entertainment, and whatever it comes in contact with becomes valuable. Every Marvel movie or television show immediately becomes a hit after its premiere. This successful franchise has produced some of the most watched movies and TV shows in Hollywood history. Marvel's Marvel Cinematic Universe, or MCU, is the company's claim to fame.

Although the franchise is most known for its movies, they have recently shown a preference for producing television shows as well. Both its television shows and all of its movies are one of a kind. Ms. Marvel stands out as the best despite the fact that there are several fantastic Marvel shows as well. The lives and exploits of Kamala Khan, a 16-year-old teenager, are the main subjects of the plot of Ms. Marvel.

Since she was a little child, Kamala has admired the Avengers, making her the epitome of a fangirl. She loves Captain Marvel the best since she ends up learning from her. But she thinks she doesn't belong in school. When Kamala acquires her own superpowers, similar to the superheroes she admired, everything changes. She never imagined that she would have the chance to fulfill the responsibilities of a superhero, like her heroes, and defend the world from bad forces.

She contributes to society's betterment by protecting Jersey City's streets. Bisha K. Ali's outstanding work as the show's creator made it possible. The comic book character of Kamala Khan, commonly known as Ms. Marvel, served as the inspiration for the show. Iman Vellani plays Kamala Khan, the show's central character. When it premiered on June 8, 2022, the show quickly met the viewers' expectations and was concluded on July 13.

Marvel never ceases to astound us with its extraordinary clothing that is out of this world. Ms. Marvel is no exception to the rule where fans gain fashion inspiration from the casts of television shows. The clothing from the show is in high demand because it gained popularity overnight. Along with her superpowers, Ms Marvel Kamala Khan costume is a fantasy for every true fan.

This Ms Marvel MCU costume that we are giving will express your fandom. We also have a wide variety of Ms Marvel costumes that other characters wore as well. The Ms Marvel Jackets are great to wear at parties. Furthermore, you can also wear them casually when you engage in outdoor activities. We also have Ms Marvel Coats in our collection that you can wear to stay warm this winter. The Ms Marvel Vests are a great lightweight alternative to jackets and coats.